If you are trying to sell your home it can be difficult to know how to set your house apart from the other houses on the market. We found this article with 15 different marketing ideas that we hope will help.

If we can be of any help please contact us today!

In this video from Jeremy and the team from Dryer Vents Plus, you’ll learn how to prevent accidental flooding from your home’s washing machine.

View Warning Signs That Your Ducts are Clogged Video on Youtube

Hi. I’m Jeremy with Dryer Vents Plus. Today we’re here in the laundry room where I would like to help you get more out of your dryer.

Today we’re going to talk a little bit about washing machines, primarily washing machine hoses. If you have the old rubber hoses in the back of your washing machine, those hoses over time, they get brittle. They can cause a rupture and that would cause a house flood. That’s the leading cause of house flooding.

Part of our service, what we do is change out those rubber hoses with the stainless steel braided hose. The stainless steel braided hose has got a reinforced braid all the way around it to stop that line from rupturing. This is part of our service. It’s something that we can do on a regular basis for you. I would suggest you get this done every four, five years. But it is something that we can take a look at whenever we come out to service your dryer vent.

Again this is Jeremy from Dryer Vents Plus here to help you get more out of your dryer.

Interested in how much house you can get for a certain amount of money in different locations? Then checkout this article we found.

WHAT:A five-bedroom stone Tudor with three and a half bathrooms

SETTING: Fox Point is a residential village on Lake Michigan, 10 miles from Milwaukee. This house sits on a bluff overlooking the lake, in a part of town known as East of Lake Drive, where the village’s grid gives way to wooded, winding roads lined with prewar houses on acre-plus lots. The village has a handful of county landmarks, residential and municipal, including cast-iron street signs hung shortly after the village incorporated in the 1920s. For shopping, most residents go to Whitefish Bay; Milwaukee is also nearby. There’s a public beach five minutes away, in Doctors Park.

INDOORS: The two-story house was built in 1934. Four wood-burning fireplaces, wood-beam ceilings, and hardwood floors are believed to be original; other parts of the house like the kitchen and bathrooms were recently updated by the current owner. Off one side of the central foyer is a dining room with a cove ceiling; off the other is a living room with wood-beam ceilings and a fireplace. The dining room leads to a kitchen, which in turn leads to a family room via a hallway lined with built-in floor-to-ceiling bookcases. French doors in the family room open to the covered back patio.

The master bedroom suite is off the living room, and opens to the back patio. The other four bedrooms are upstairs. One has an en-suite bathroom. Downstairs, in the finished basement, is a recreation room with a fireplace and a mosaic-tile floor also original details.

OUTDOOR SPACE: The lot is on over an acre and a half, with a patio, landscaped perennial gardens and mature trees.

For all of your dryer inspection needs look no further! 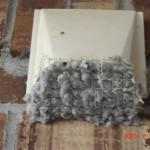 Everyone knows to clean the lint trap out before starting a new load of laundry but there are other things that you can do to protect yourself and increase the life of your dryer. We found this article with tips that we think should help you a lot.

Doing laundry is most likely part of your every day routine. But did you know how important taking care of your clothes dryer is to the safety of your home? With a few simple safety tips you can help prevent a clothes dryer fire…

If you have additional questions about our Baton Rouge dryer vent cleaning services, call us today! 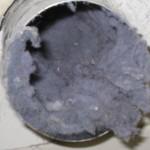 In this except of a recent article by the nationally-syndicated column “Hints from Heloise”, she answers a reader’s question about some of the potential (and unknown) dangers of unchecked dryer vents and lint buildup.


I recently purchased an ELECTRIC DRYER. Before the deliveryman installed the new one, I vacuumed out the exhaust hose and was surprised to get a lot of lint. I noticed that the dryer did not completely dry the clothes on the setting I chose, so I tried another setting, with success.

I put in another load, and shortly after, I noticed a red light under the check vent option. My husband went outside and took the cap off the dryer vent, stuck his hand inside and pulled out compacted lint.

I truly was amazed, as I always clean the lint filter inside the dryer after each load.

If you need help with your dryer vent cleaning in Baton Rouge, we’re always here to help!

In this video from Jeremy and the team from Dryer Vents Plus, you’ll learn if your dryer vents need to be cleaned out by looking at the outside air vent.

View Warning Signs That Your Ducts are Clogged Video on Youtube

Hi. This is Jeremy Leake from Dryer Vents Plus and today we???ve moved outside of the laundry room to the exterior exhaust. We want to check the air flow in this vent.

Also we want to take a look at these louvers. These louvers are a notorious place for lint to get caught up in. Think of that lint getting in these little crevices and it’s very tenacious the lint. It can get stuck in there. It’s almost like paper-mache. It builds up and builds up.

Over time if it dries out, it can clamp these little things shut and it could reduce your air flow and that, even though the dryer is working fine, will inhibit the efficiency of the dryer. You can see these are all moving fine and there’s a lot of air moving through there. That’s what you want. But this is an out-of-sight, out-of-mind problem.

So from time to time, you should come outside when the dryer is on and make sure your flaps are opening up. Make sure you have lots of exhaust coming out.

Again this is Jeremy from Dryer Vents Plus, hoping you get more out of your dryer.

Building a new home can come about in a variety of different ways. Take a look at this option that you probably haven’t heard of.


WikiHouse is putting a new spin on old-time barn-raising with a free online resource that lets people put homes together the same way they might a giant jigsaw puzzle.

WikiHouse.cc was designed as an open-source construction kit that lets people create and share home designs and then “print” pieces using machines available for as little as a few thousand dollars.

It is part of the effort by the WikiHouse collective of professionals who volunteer to give consumers information and tools about home design and construction.

“Two or three people working together can build a small house in about a day,” said Alastair Parvin, a British architect sharing his work at WikiHouse at a TED gathering on Thursday in California.

“People continually get confused between construction work and having fun.”

He explained that while the shell of a home would be done it would lack plumbing, electric and other inner components.

Aspiring builders have to get their own building materials, which can be cut into pieces by computer-controlled tools called CNC machines with without any other tools, using data downloaded from WikiHouse, according to Parvin.

“It is kind of like making a big jigsaw puzzle,” Parvin told AFP. “It is basically magic as far as I’m concerned.”

Parvin told of graduating university in 2008 only to encounter a bleak job market for architects. He veered from the traditional career path, and took part in launching WikiHouse about 18 months ago.

A growing “makers movement” coupled with increasingly affordable technology such as 3D printers and CNC machines is letting consumers become creators of goods they desire, according to Parvin.

“How awesome would it be if we had a kind of Wikipedia for stuff?” he asked rhetorically. “How much would that change the rules? I think technology is on our side.”

He sees the great design project of this century as the “democratization of production.”

WikiHouse is putting itself to the test in the favelas, or shanty towns, of Brazil, hoping that a CNC machine made available for creating furniture will eventually be put to use building homes with the potential to transform slums.

“Slums are being built anyway,” Parvin said. “If people are going to build things for themselves, wouldn’t it be cool if what they make is not rubbish?”

WikiHouse is working on a way to attach files showing people how to make foundations for homes.

“We could do it,” Parvin said. “We are at a point where it is not innovative; it is just that architecture is behind the game.”

If you have a question for us contact us today! 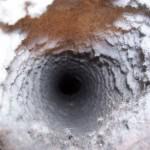 We have been telling you about the need to have your dryer vents cleaned in order to avoid a fire. While we are correct we understand if you don’t just take our word for it. We found this article released by FEMA with statistics on dryers catching on fire.

From 2008 to 2010, fire departments responded to an estimated 2,900 clothes dryer fires in residential buildings each year across the Nation. These fires resulted in an annual average loss of 5 deaths, 100 injuries, and $35 million in property loss.

If we can be of any help please contact us today!